In Love with Music: Memory, Identity and Music in Hong Kong’s Diasporic Films 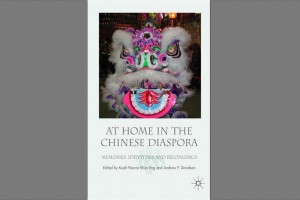 James Clifford’s essay ‘Diasporas’ (1994), which discusses the need to move from the ‘ideal type’ of ‘diaspora’ to non-Jewish kinds of migratory experiences, casts significant implications on the study of Chinese diasporas. We can follow this stance to assert that ‘diaspora’ as an analytical category must be referred to in the plural form and with a lowercase ‘d’. In many instances, while such broader usage then implies that the term is more or less interchangeably used with what is ‘migratory’, it normally does not include the more individually based and politically motivated types of movement such as forced and self-imposed exiles. As exile often refers to ‘banishment for a particular offense, with a prohibition of return’ (Naficy 2001, p. 11), the migratory experiences explored in this chapter are closer to what is preferably called the ‘diasporic’ ones. Although the feelings of homesickness, loss and displacement are common to both the exilic and diasporic experiences, this essay concerns itself more with a ‘fluid, deterritorialized mobile mechanism of national affiliation’ (Lu 2001, p. 276) among displaced Chinese people. Such diasporic experiences are primarily preoccupied with what Benedict Anderson calls ‘the horizontal comradeship’ (1982, p. 7), as a kind of multi-sited cultural imaginary against the norms of nation states.