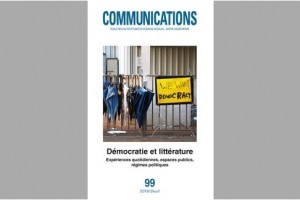 When a technocratic and developmentalist government decided to tear down two historic piers in Hong Kong in 2006-2007, among other reactions, it spurred the production of a new type of poetry inscribed in the urban space. Poems by Uncle Hung and Liu Wai-tong define an oppositional poetics, predicated on a new awareness and willingness to act. Often recited or acted out in public, these poems aim to redefine the identity of the city. Rather than being simple expressions of their original setting, these texts demonstrate their “iterability” (Derrida) by circulating in different contexts, continually producing new modes of civic engagement in the public space of postcolonial Hong Kong.

Link to full text in French.