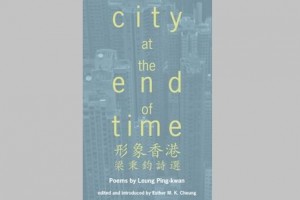 Calendar time advances in a linear, progressive manner, whereas poetic time moves in somewhat circular patterns. An ending spawns another beginning. An old epoch comes to an end but that old epoch has not ceased to exist. A new era has begun but the new is still struggling to forget the old. In naming his volume of poetry City at the End of Time when it was first published in 1992, Leung Ping-kwan, more often known as Ye Si in Chinese literary circles, was subtly suggesting that his own poetic contemplations had emerged from a perpetual state of transition, one in which it was impossible to clearly demarcate temporality.[…]