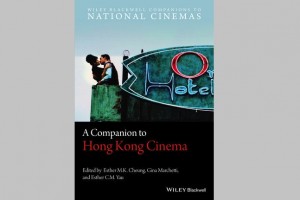 Situating the new millennial films vis-à-vis several critical turns in the representations of the city in Hong Kong cinema, this chapter aims to examine the cinematic city as an episteme that grounds our knowledge of political, cultural, and socio-economic dynamics of Hong Kong society within a complex global–national–local network. It is argued that the urban cinema provokes critical discourses on central cultural problems – urbanity, globality, and postcolonialty – as well as the “conditions of their possibility” (Foucault 1966/1994) which pertain to the various stages of the transformation of the city. In this chapter, I invoke the critical paradigm of “the crisis cinema” for the study of Hong Kong cinema, arguing that there is a close correlation between crisis, urbanity, and film as cultural text (Cheung 2004 : 248–271). Integral to ideological film criticism, crisis finds its root in Marxism, where political economy is often emphasized. Some critics of Hong Kong cinema who have applied this perspective mainly focus on the way in which film as commodity epitomizes late capitalism and its cultural logic (Stokes and Hoover 1999). This approach, however, has neglected the plurality of causes and the cultural and creative role of film. Since the emphasis is on the industrial aspects of film, little attention has been paid to the affective dimensions of a society’s culture. […]