The Body and its Antibody 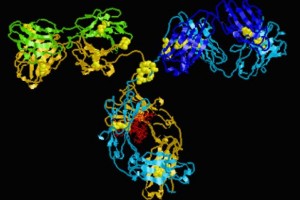 Writing the body engenders an antibody. You might not agree with me. No kidding, every time I think about the body, I begin to ruminate on the antibody.

Perhaps you do not do so and that’s fine. Perhaps you think that I am merely playing with words, or that I am trying to reiterate the familiar approach that what is is defined by what is not. Perhaps you start to recall the Cartesian philosophical exposition on the mind-body dichotomy; you can’t help but say, come on, gimme a break — isn’t this binary way of thinking too dated and unconvincing?

You are absolutely right — writing the body is much more interesting than a critique of the mind-body binary opposition. It engenders an antibody. “An antibody, also known as an immunoglobulin, is a large Y-shaped protein produced by B cells that is used by the immune system to identify and neutralize foreign objects such as bacteria and viruses,” the Wikipedia says. Have you seen it before?

The Wikipedia continues to explain, “Using this binding mechanism, an antibody can tag a microbe or an infected cell for attack by other parts of the immune system, or can neutralize its target directly (for example, by blocking a part of a microbe that is essential for its invasion and survival). The production of antibodies is the main function of the humoral immune system.”

I am not kidding — writing the body engenders an antibody. It empowers you. It makes you alive. It keeps your immune system work, both physically and metaphorically.

An antibody may not be an antidote but it engenders a lot of anecdotes.

No doubt, an antibody is often produced as a critical response to gendered thinking. This is what I have observed in the history of Western intellectual history. As you know well, the rise of feminism in the twentieth century is an important phase where the body is re-theorized. From the early days of Second Wave Feminism to the end of the last century, the body has re-gained a secure place in Western ontology and metaphysics. Benefited from this development, the body is no longer just an abstraction or associated with textuality only; it must be understood as material and concrete as well as being able to engage with our day-to-day lived experiences.

Indeed writing the body engenders an antibody which goes beyond gender issues. There are multiple bodies to write about and lots of antibodies to produce. Bodies marked by an infinite array of differences — age, sex, sexuality, race, ethnicity, class, nationality — allow us to reflect on the relationship between self and other, inside and outside, part and whole, human and non-human, physicality and emotionality, sense and sensibility as well as illness and health. As such, do you agree with me that the body is not a determinate given? If the universal body has disappeared, can we think of the body as both concrete and fluid, material and immaterial, open and grounded? 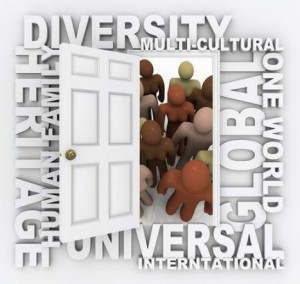 Leafing through the following pages in this bulletin, you will enjoy an amazing variety of critical and creative endeavors to write the body along this line of thinking. If writing the body engenders an antibody, in this bulletin, you will find many Y-shaped antibodies produced from within the inside of the body, as an affirmation of the fact that bodies really matter, echoing Judith Butler’s famous book Bodies that Matter (1993).

You might also remember Allen Ginsberg’s witty poem “Footnote to Howl” and smile with me:

If the body is holy, ha ha, then the antibody must be holy too!

(Published in The Body, Society of Comparative Literature Bulletin, 2013, pp.3-6.)